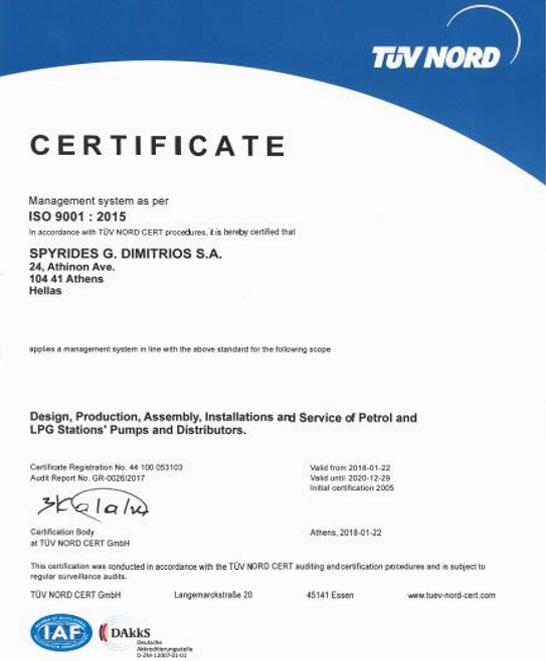 Spyrides Group has established and implemented since 1995 a “Quality Management System” for administration, production, inspection and testing of its production output.

All Administrative and Production processes are monitored and reviewed with modern tools, in every step, thus ensuring high quality standards and full customer satisfaction. 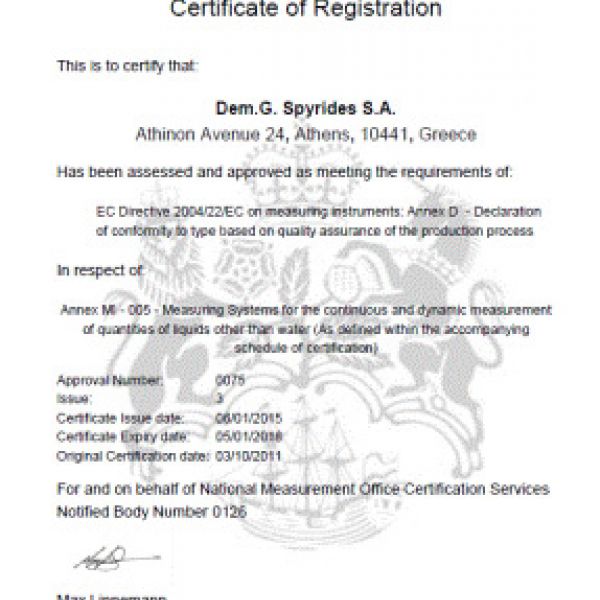 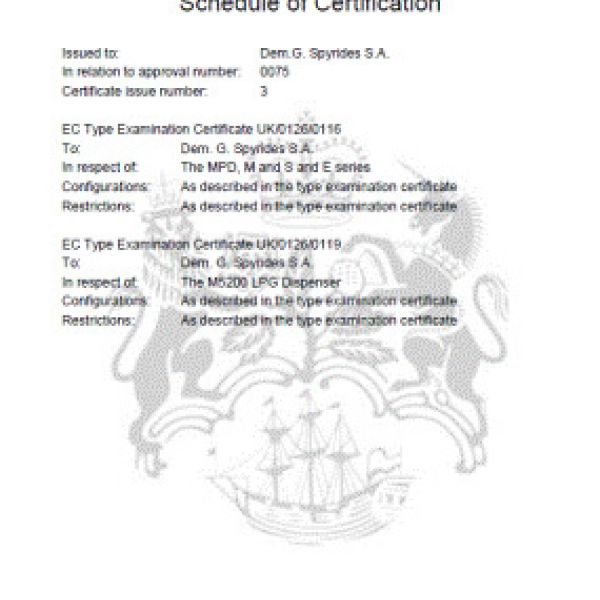 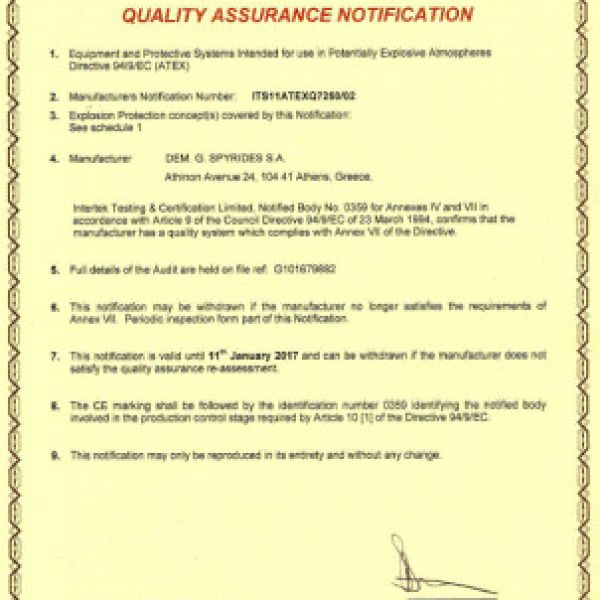 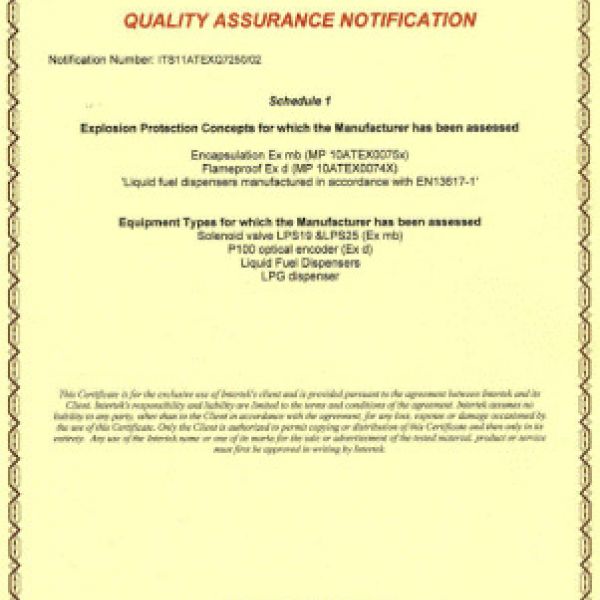 Following European Legislation, our production of Fuel Pumps and Dispensers is compliant with all European Norms and Directives, satisfying all latest rules and regulations.

Implementation of European Norms and Directives follows after a thorough study and plan of our Engineering Department, so as to comply with all requirements for safe use of our products in potentially  explosive environments.

When a European Body examines one product, pump or dispenser, and it is found compliant with all relevant rules and regulations applicable, then the manufacturer is allowed to mark the product with the «CE» marking. The «CE» marking is declaring compliance with all European requirements, and enables a product to be legally introduced into the European market.

For Retail Petrol Station's Fuel Pumps and Dispensers the main European Directive applicable is Directive 2014/34/ΕU of the European Parliament and of the Council of February 26th 2014, which came into force on 20th of April 2016, and is known as «ΑΤΕΧ» Directive.

Together with the «ΑΤΕΧ» Directive, all Retail Fuel Pumps and Dispensers have to follow also requirements of European Directive 2014/32/ΕU of the European Parliament and of the Council of February 26th 2014, for measuring instruments, which came into force on 20th of April 2016, and is generally referred to as «MID» Directive.

Dem. G. Spyrides S.A. applies an accredited Quality Management System to all production processes, which is also extended to final inspection and testing of all our Retail Fuel Pumps and Dispensers output. This Quality System is supervised by a European Notified Body which certifies that our Company fulfills all obligations derived by ISO9001:2015 Quality System.